The first plan view in December detailed the steep slopes and sensitive areas on the peninsula, and called for 646 houses on approximately one acre lots (view the December plan; may load slowly).

A second revised plan view was submitted in January 2005. This plan eliminated some of the topography lines detailing the slopes, and sensitive areas on the peninsula, such as active bald eagle nests (view the January plan; may load slowly).

The third revised plan view (below), submitted in April 2005, does not show any of the slopes or sensitive areas, reduced protected areas around creeks, and added additional streets and lots, bringing the total number of proposed homes to 680 (view the April plan). 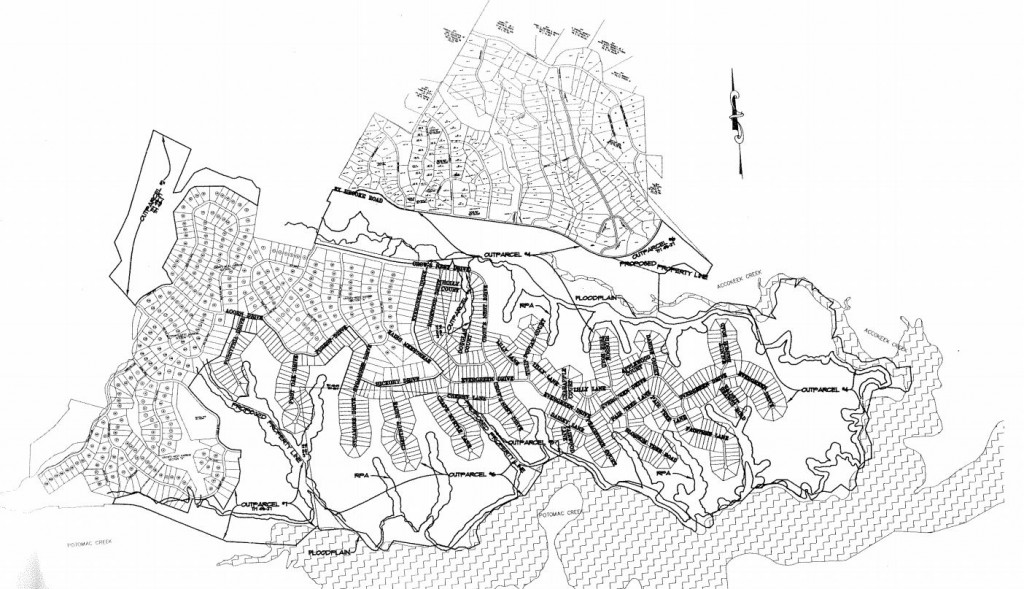