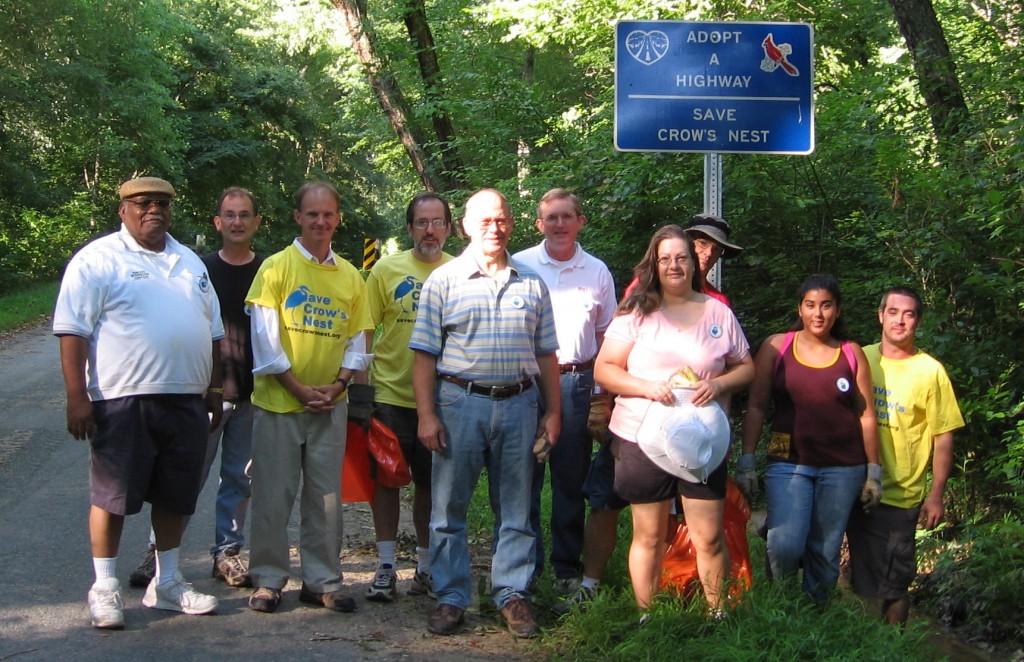 Some of the volunteers who picked up trash on Crow’s Nest stop for a break by one of our signs, which you can find on Brooke and Raven Roads.

Save Crow’s Nest held its first Crow’s Nest trash pick-up on Saturday, July 21st. Braving the heat, bugs and weeds, volunteers from Save Crow’s Nest were joined by Stafford candidates for Supervisor Harry Crisp (George Washington), Jerry Kirven (Rock Hill) and Bob Woodson (Griffis-Widewater), as well as Senate candidate Albert Pollard (28th District). A total of thirty-two bags of trash, about twenty feet of cable, a wood pallet, one tire, and auto parts were cleaned up from the roads through and surrounding Crow’s Nest.

While the Stafford County Board of Supervisors has delayed taking legislative action to permanently protect the Crow’s Nest peninsula from inappropriate development (see story), the property has been neglected, with trash accumulating along the roadside. By adopting Raven Road and a part of Brooke Road, Save Crow’s Nest is demonstrating with concrete action our commitment to preserving the beauty of Crow’s Nest. Our next trash pick-up will be in the late Fall. 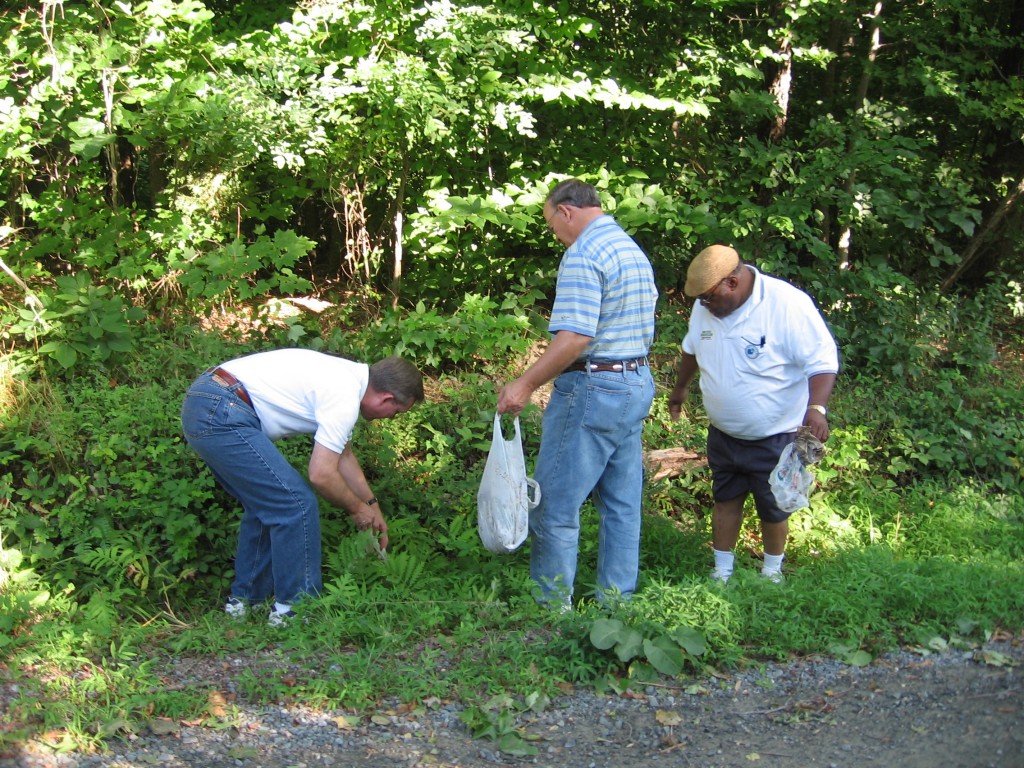 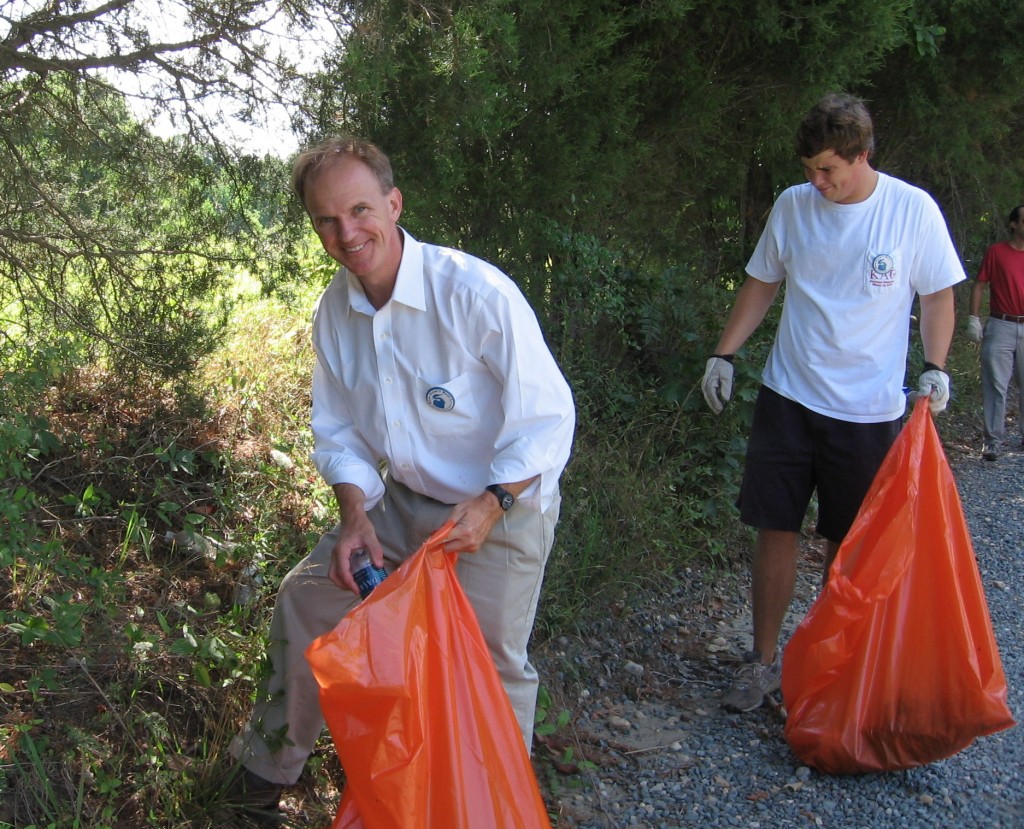 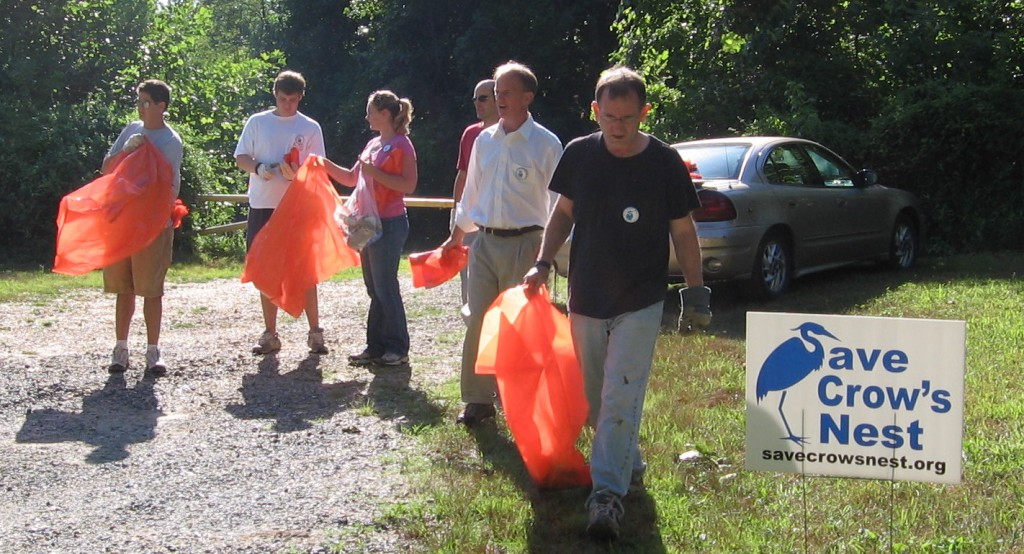 The first shift of volunteers started on Raven Road, while a second shift cleaned Brooke Road. 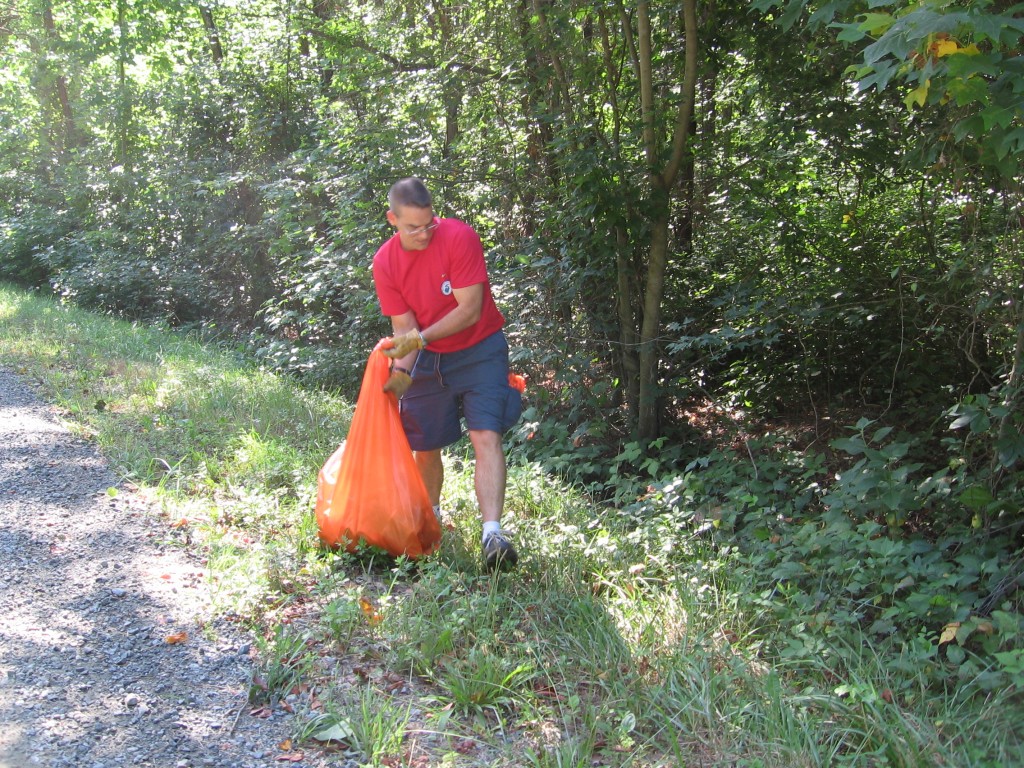 The bags got heavy but were no match for this Marine. 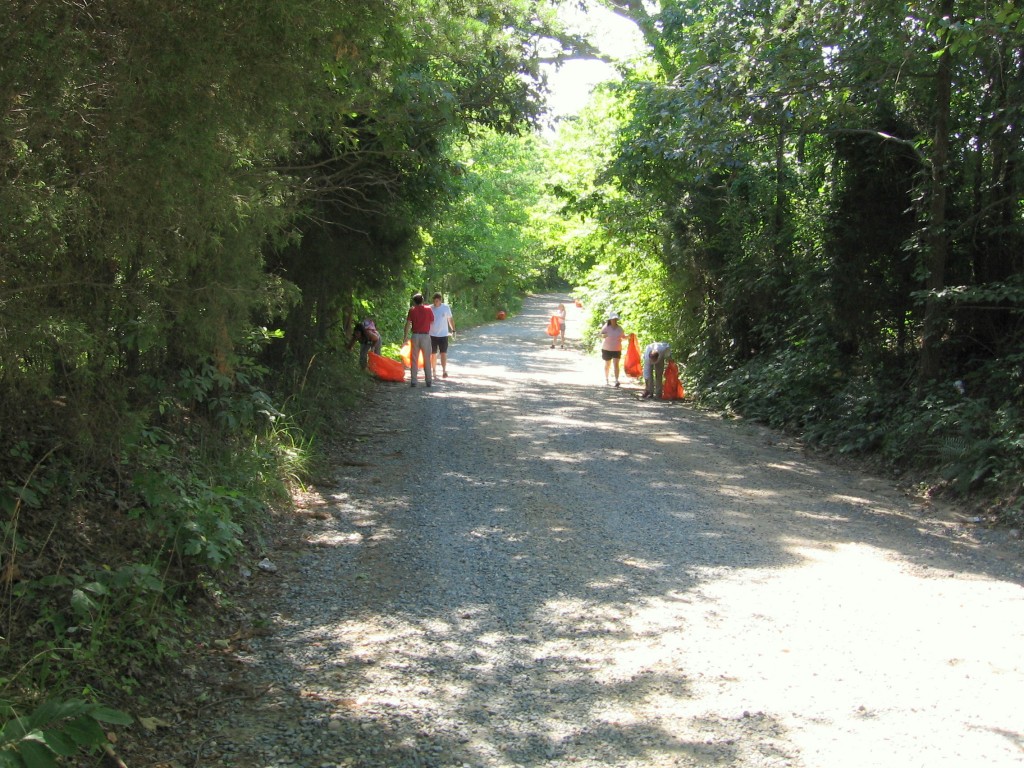 Raven Rd looked much better with the trash picked up.