On November 6th, three of the seven seats for the Stafford Board of Supervisors are up for election. With plans to develop Crow’s Nest moving forward and County efforts to save the peninsula apparently stalled, “Save Crow’s Nest” sent the candidates a nine question survey to clarify where they stand on legislation that could impact Crow’s Nest. Emails, “snail mail,” and if needed, follow-up phone calls, were made to each candidate to facilitate a response.

Many thanks to all the candidates who submitted answers. Their responses demonstrated keen awareness of the importance of the Crow’s Nest preservation issue to the upcoming election.

A summary guide is below.  You can read a candidate’s complete response by clicking his name here: 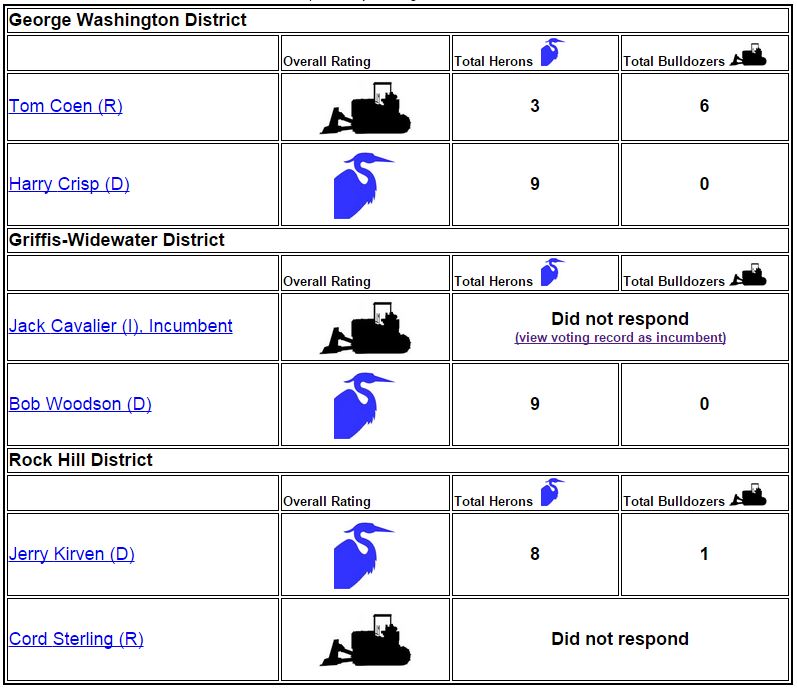