On March 12, Stafford Supervisor Mark Dudenhefer (R-Garrisonville) welcomed those attending a Crow’s Nest informational meeting at the Porter Library in his district.  Mr. Dudenhefer fielded questions from the audience and presented a generally optimistic assessment of the campaign to save Crow’s Nest.  He said the Board was engaged in behind-the-scene efforts to finally protect Crow’s Nest once and for all, noting that these efforts would be public in the next couple of months.  He also pointed out that an independent real estate appraiser retained by the County valued the Crow’s Nest property at $27 million, a figure far below what the property owners have claimed it is worth. 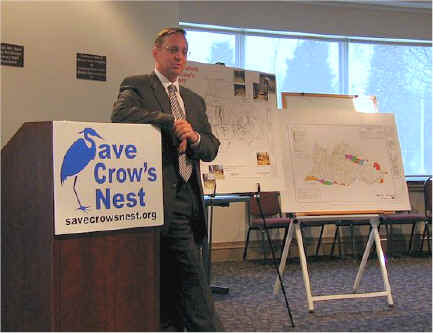 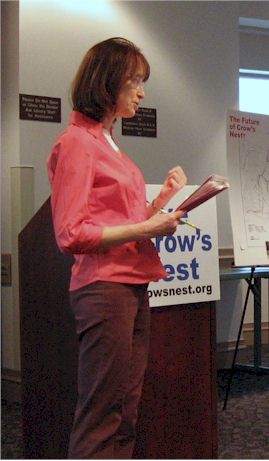