Crow’s Nest, as viewed from the dedication ceremony site across Accokeek Creek.

On May 1, 2008, public officials and invited guests assembled at a property overlooking Crow’s Nest to celebrate the dedication of a 1700-acre portion of the peninsula.  Pictures from that event are posted below. 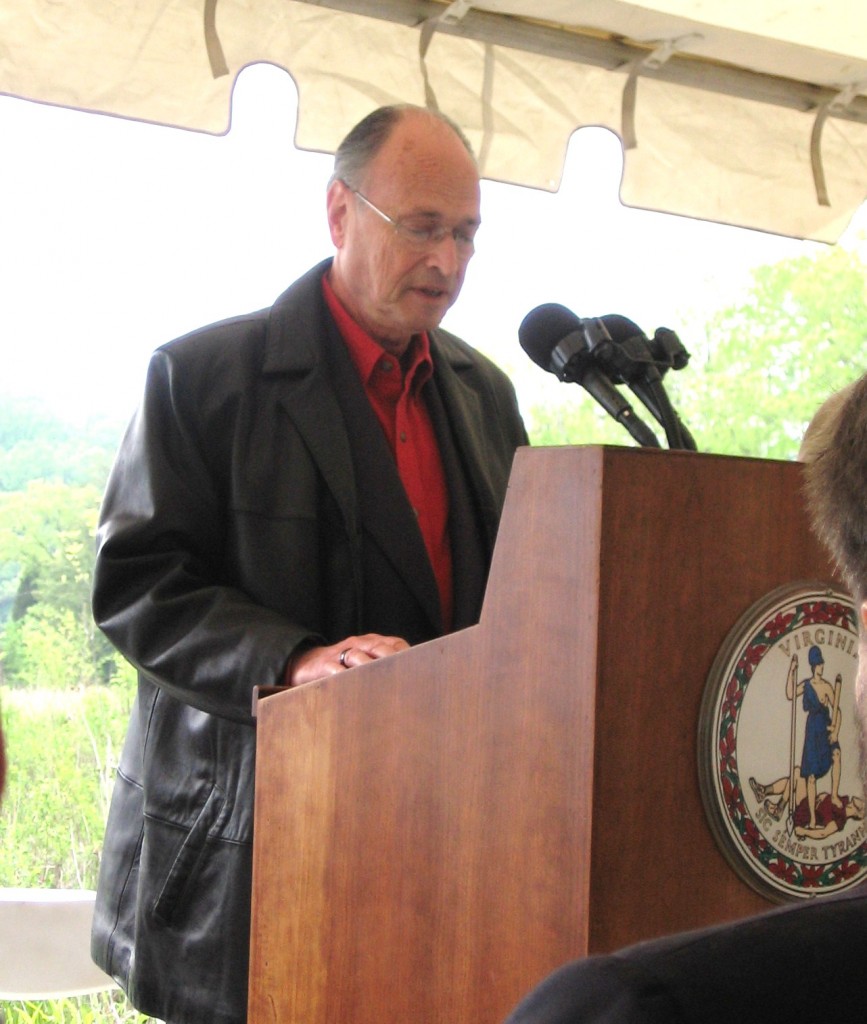 The Stafford Board of Supervisors was represented by its chair, George Schwartz (D-Falmouth). 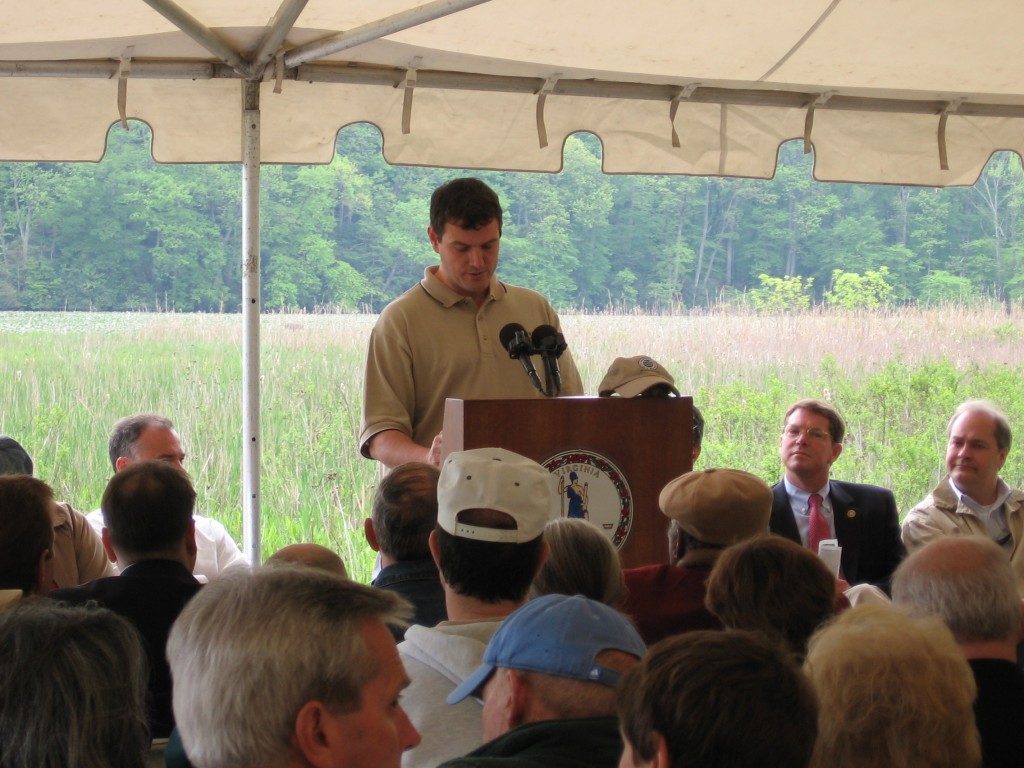 Paul Milde (R-Aquia) represents the district in which Crow’s Nest is located. Said Mr. Milde, “Even though we have made a big step here today, we still have plenty of work ahead of us in order to save this entire peninsula from development.” 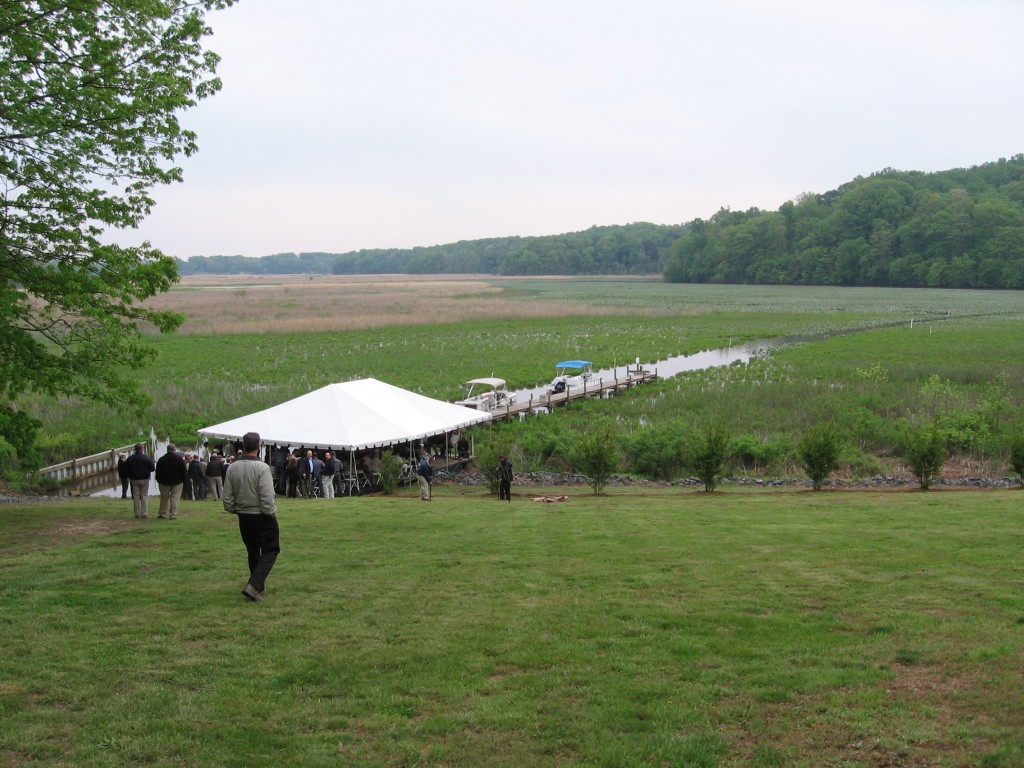 A tent was set up for the event, with the Crow’s Nest peninsula in the background. 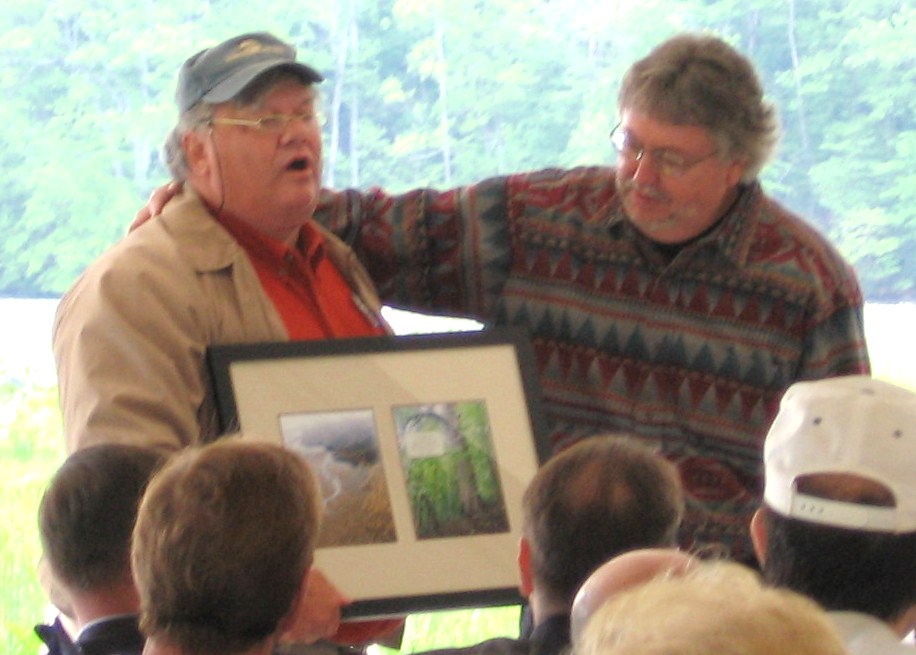 John Mitchell of the Trust to Save Crow’s Nest left, presents a memento to long-time Crow’s Nest supporter, Hal Wiggins. 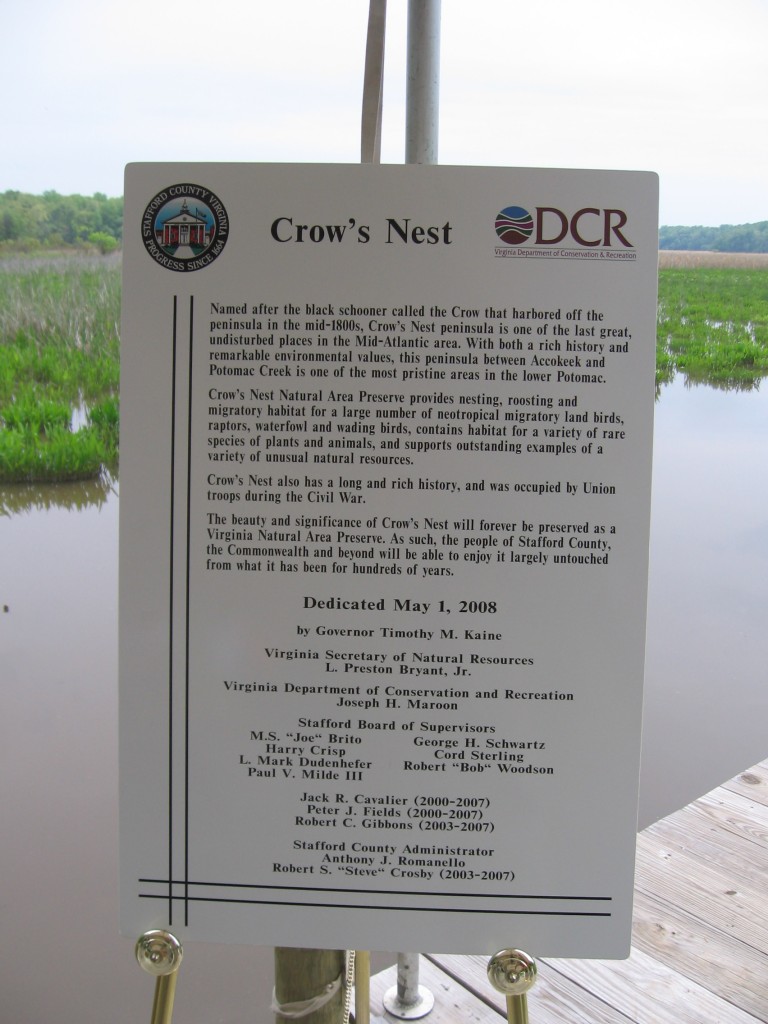 A placard marks the official dedication of the Crow’s Nest Natural Area Preserve. 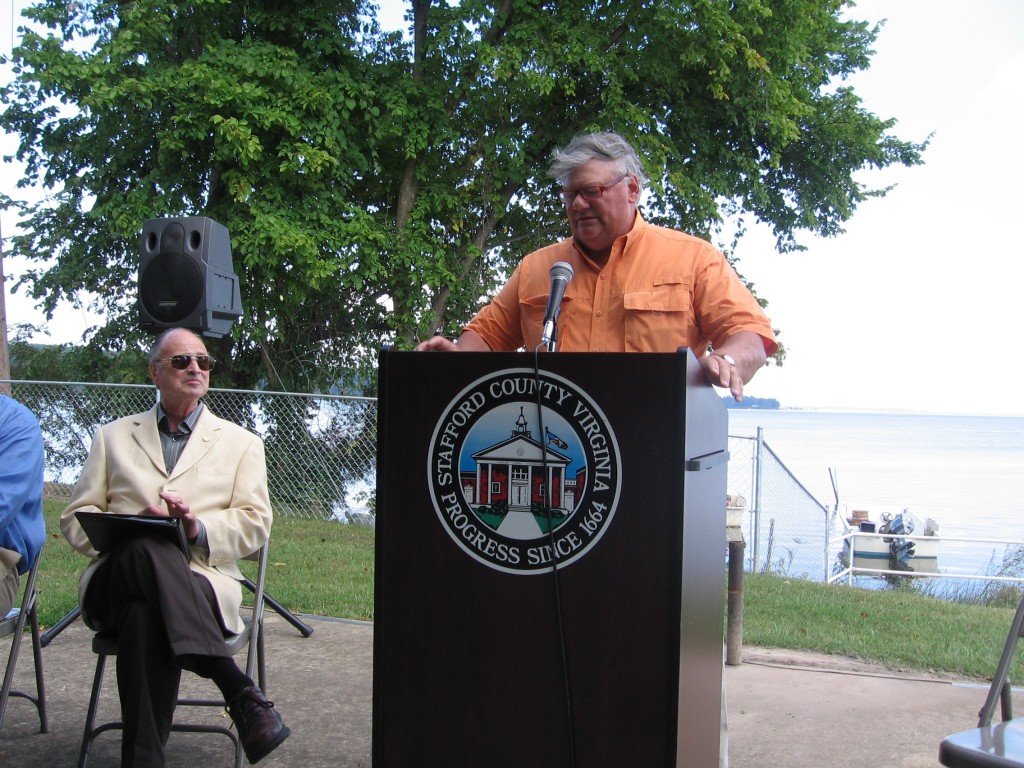 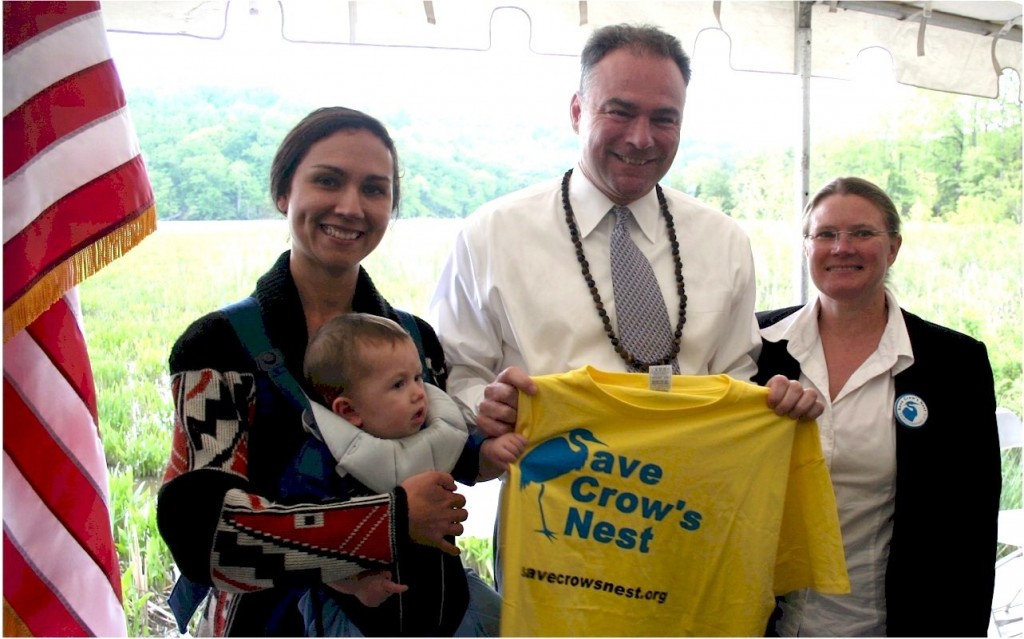 Representatives from Save Crow’s Nest—by far the largest and most vocal citizens group advocating for the preservation of Crow’s Nest—were not allowed to speak in the official dedication ceremony. But, after the event, Save Crow’s Nest volunteers presented Governor Tim Kaine with a T-shirt.

Meanwhile, less than a mile away, development continued as the Poplar Hills subdivision was carved out of land once intended to be saved as part of the Accokeek Creek National Wildlife Preserve.  Will this be the fate of the portion of Crow’s Nest that remains unprotected?