On Wednesday, December 17, the Stafford County Planning Commission voted 4-2 to deny approval of the Sycamore Hills subdivision plan to build 30 houses on 186 acres of Crow’s Nest (the site area in blue). 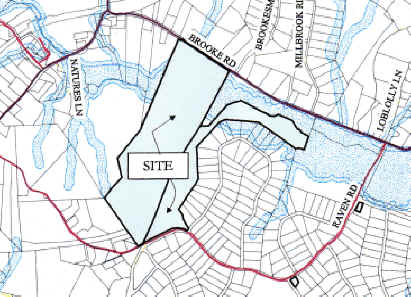 The property owners may now submit a new application for the Sycamore Hills development, and currently have an application (called “Hickory Hills”) for additional acreage under review. The continuing efforts to develop parts of Crow’s Nest are possible only because the deal that was brokered for the first portion of Crow’s Nest was a sweetheart deal for developers. It paid them a higher-than-market-value price in a rapidly declining housing market, while leaving them free to pursue development on other portions of the peninsula.