At the dedication ceremony for the Crow’s Nest Natural Area Preserve, Save Crow’s Nest members distributed a press release to media representatives and people attending the ceremony.  The text is reproduced below.

We should not forget that development has already occurred on hundreds of acres of land that the U.S. Fish and Wildlife Service had sought to include in the original plan for a natural wildlife refuge.  The Poplar Hills subdivisions on Brooke Road were built on land that had been earmarked for protection.  Just last month, construction for a new phase of that development project was started.

Today’s ceremony marks a step forward, but much remains to be done before Crow’s Nest can be considered truly saved. 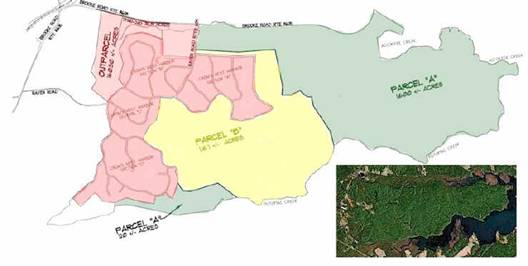