All day long, a steady stream of people came by the Save Crow’s Nest booth at the 2005 “Salute to Stafford Day.”  Some were already members coming by to say hello.  Most, though, had heard about Crow’s Nest but wanted to know more.  They watched the 12-minute Crow’s Nest documentary.  They looked at–and were appalled by–a map of the proposed development plan that would lead to 1,000 houses on Crow’s Nest.  They asked questions of the volunteers at the booth and, more often than not, signed on in the effort to save Crow’s Nest.  Photos from that day are posted below. 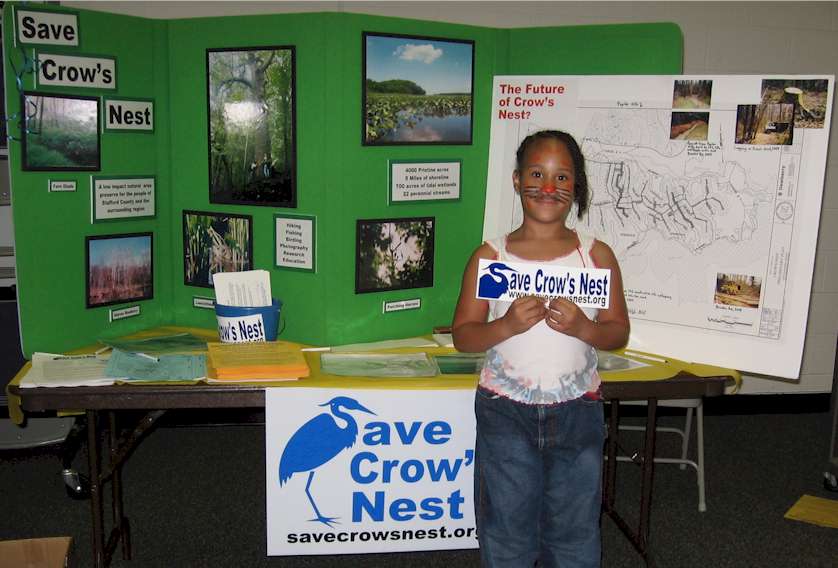 A young supporter proudly shows off her new Save Crow’s Nest bumper sticker after visiting the information booth. Will Crow’s Nest be around when she grows up? 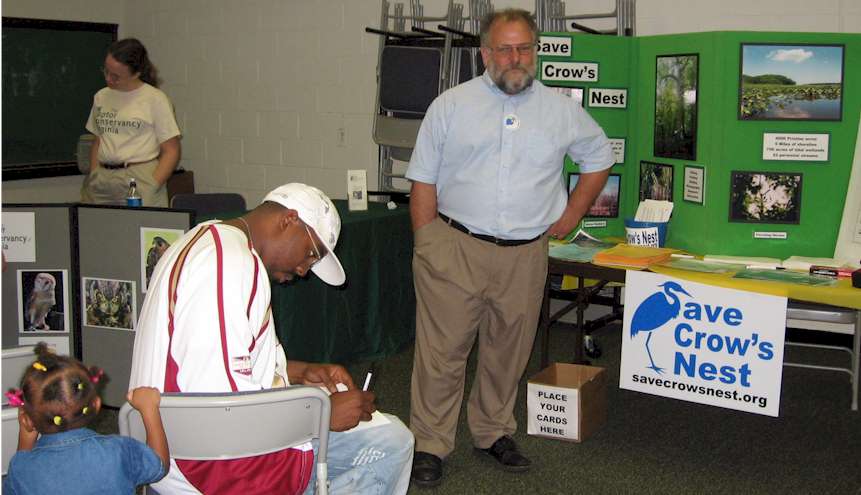 Another supporter signs up to help save Crow’s Nest. 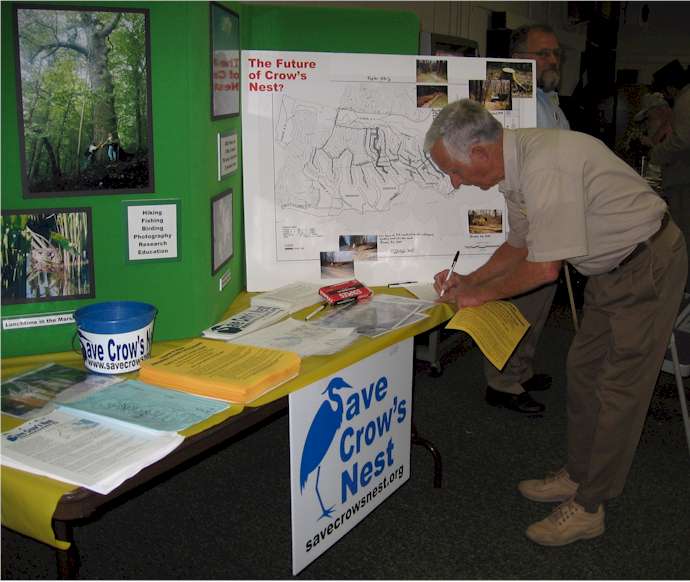 Photos of Crow’s Nest, a map of the proposed development plan, and informational flyers awaited visitors at the Crow’s Nest booth. 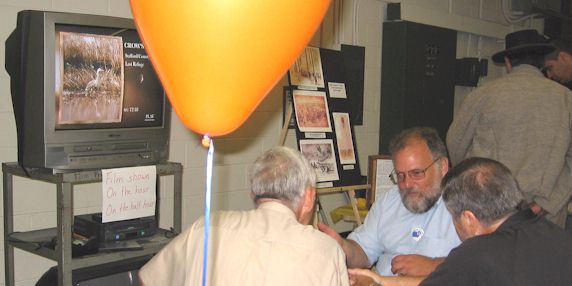 Filmmaker Archer DiPeppe discusses Crow’s Nest with visitors between the showings of his documentary.

At “Salute to Stafford Day,” visitors watch a documentary about one of Stafford’s most distinctive treasures: Crow’s Nest.