The voters spoke out clearly in the November 8th election as all four incumbents for the Stafford County Board of Supervisors were defeated.  The Board’s lack of decisive action in controlling growth and preserving the County’s remaining natural resources left many Stafford voters ready for change, regardless of party affiliation.  Citizens had enough of runaway growth, higher taxes, traffic congestion, and the destruction of the region’s rural character. 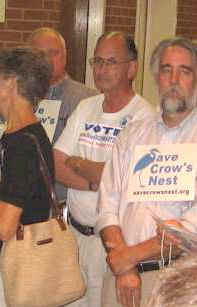 George Schwartz (center) shows support for saving Crow’s Nest at a recent Board of Supervisors meeting. 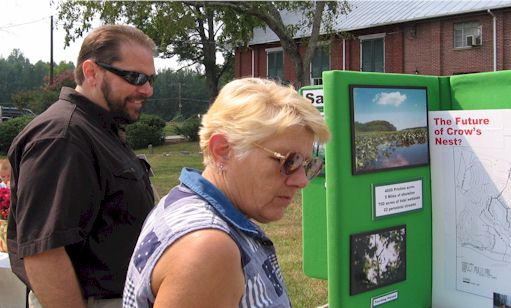 Three of the four newly-elected Supervisors have made a commitment to the preservation of Crow’s Nest.

“Save Crow’s Nest” congratulates the winners and looks forward to working with the new Board of Supervisors in finally moving forward with the preservation of the entire Crow’s Nest peninsula.

The remaining three members of the Board are up for re-election in 2007.